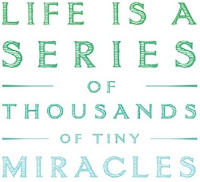 The Czar once came to visit a group of soldiers, when suddenly one of them pointed his gun at the Czar. Instantly, a quick thinking and fast acting soldier, leaped on this criminal and saved the Czar. The Czar, thanked this fellow and said he could ask for anything in appreciation. The soldier said, “Can you please speak to my superior and ask him not to be so tough on me.” The Czar thought for a moment and responded, “Fool, you could have asked me to make you the superior, and he would have become your underling.”

We are granted auspicious times throughout the year, when G-d is listening more than other times. One such time is during this month, at the Passover table. We are told, that when we open the door for Elijah the prophet, at that time, similar to the words in the Bible, “their prayers went up to heaven”, this is an exceptional time to pray and be heard by G-d for anything we ask for. We need to be sure, we are at the Passover Seder table, and we don’t waste this opportunity on trivial matters.

The Bible identifies this month as the first of all the months of the year. In Hebrew the name of this month is Nissan – which means miracles. This is a month of miracles, and therefore, the great Exodus from Egypt and the splitting of the reed sea took place.

However, we all know that the New Year, is celebrated at Rosh Hashanah which is the seventh month of the year – Tishrei. This usually falls out some time in the autumn. How do we say that this is the first of all twelve months, as we begin the spring, while on the seventh month, we commemorate the creation of the universe, and the count of the calendar year is renewed then?

In the Ten Commandments, the first one begins with, “I am G-d who took you out of Egypt.” The question is asked. If G-d wanted to impress us, wouldn’t it have been greater to say, who created the heavens and earth?

Here we come to a seminal realization.

The bible speaks of two beginnings, two cycles. One is the creation of nature, and one is the onset of miracles. Although nature is also a miraculous event, to make a world out of pure nothingness, which is how G-d created the universe, is something pretty extraordinary and only G-d can pull off. The problem however, is that this miracle is programmed by G-d to follow a regular pattern, and the regular routine and predictability of this creation, has the unfortunate tendency to cause a person to overlook the miraculous and astonishing side of creation.

In order to make the universe that appears like it was always here, and is independent of any other causes, and is self existing, a very deep dimension of G-d, which was always, and depends on nothing for its survival must be employed. Notwithstanding this very powerful side of G-d that made the universe and nature, this leads people, to making a very grave error when looking at the world, that there is no G-d. Because it was the side of G-d that is not dependant on anything for its survival that created nature, people when looking at the world and see this trait, can forget at times that nothing can exist without Him.

Miracles are those occurrences which happen only occasionally and because they are not routine they can shake us out of our complacency, and force us to think and notice the influence of the unexpected even in our daily lives. Miracles make us realize and remind us that there is more to life than just the laws of nature.

Because miracles make the realization of G-d more genuine and authentic it was mentioned in the Ten Commandments. This month, the month of miracles, becomes realized with the holiday of Passover. Passover puts into motion a different parallel possibility and reality, that of miracles. Open awareness of outstanding occurrences in our lives. Miracles exist and they are also part of our calendar. We must merely open our eyes to see, and live, as well, this reality.

Posted by Kosher Caffeine at 11:52 AM