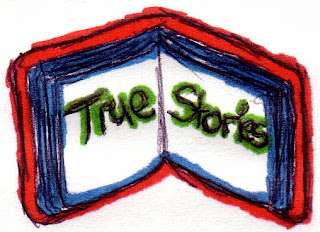 Two stories. There is a plan and a virtuous and noble purpose behind everything that must happen.

Once a fellow came to see the Grand Rabbi of Apta. He told him, that his entire life he made a concerted effort to always earn his livelihood from the sweat of his own brow. He never turned to anyone for handouts or assistance because he recognized the importance and virtue of living off a person’s own hard work.

Now however, he was already becoming somewhat older and it was more difficult to work, and he had two more daughters to marry off. He didn’t have enough money to pay for the two weddings and certainly didn’t have enough money for a dowry. Recognizing that everything comes from the blessings and good luck of G-d, he was seeking a blessing from the Grand Rabbi that some opportunity, a lucky break, should come his way so he could earn a living and pay these expenses without having to accept from anyone.

The Grand Rabbi of Apta told him. “Heaven is upset with you! You desire to rebel against the Master of the Universe!  Let me explain. There are souls in this world who have no other merit to protect their own soul but the fact that they help others, in their time of need. G-d desires that these souls also reach their complete perfection and wholeness. Now G-d who is the cause of all causes will sometimes direct matters in such a way that a person with a worthwhile purpose will be forced to turn to these otherwise pitiable souls for assistance, and by them helping this worthy cause, their souls are redeemed and brought to a certain level of perfection.

And, you, are hesitating and declining to do this.

I therefore instruct you to travel to the cities you know where these people are, and that way you will help their souls with this huge merit and great good deed, of helping to marry off a bride in need.”

Once there was a little town and it had its’ own humble Doctor.

Many times when the residents where not well and felt they weren’t sure what to do, they would go to the local Rabbi for advice. After all, the Rabbi had all the wisdom from the Torah, G-ds Bible, so certainly he would give them the best guidance.

The Resident Doctor, decided to confront the Rabbi for an explanation. He was just as qualified as any Doctor in the big city, and why shouldn’t he also have the chance to receive the revenue from these better paying patients?

“For whatever reason G-d decides, when a person gets sick and encounters problems, sometimes, part of the equation, is how much effort and energy must the sick person put into the sickness before he can get better.

If I send you the rich patients who I know must spend more to get better, it will take so much more time until that happens, since you are local and it doesn’t take all that much time and money for each visit. By sending them off to a farther place, and therefore paying more money towards their sickness, they get over their quota faster, and are able to put their problem behind them sooner.”

Everything we feel sometimes forced to do has a reason behind it and it is always for the good of everyone involved.
Posted by Kosher Caffeine at 4:33 PM No comments: 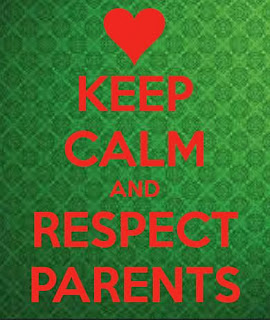 We are all familiar with the commandment to, “honor your father and your mother….” This is one of the few commandments in the Bible, G-d promises reward in this world. “… In order that your days are lengthened...”

To what degree are we obligated to respect our parents?

Our sages point out, that a person should always appreciate what has been done for him, and not be ungrateful. He should therefore take to heart all the energy and effort his parents have exhausted in raising and nurturing him and show them appreciation.  This will also habituate the individual to focus and pay attention to all the good that G-d bestows upon him.

The commandment to respect one's parents is so great, that in G-ds eyes it is considered equal to the respect and honor required to show G-d Himself.

Our sages instruct us, "Even if one's parents takes his pouch filled with golden coins and throws it into the sea, in front of his eyes, he should not shame them, nor shout, nor show anger in their presence. Rather, he should accept the decree of  G-d ('Honor your father and mother') in silence."

We learn to what extent one must go to respect one's parents, from Dama the son of Nesina, a commoner from Ashkelon. Once, while sitting in the company of Roman noblemen, his mentally disturbed mother approached him, tore off the gold-embroidered silk cloak he was wearing, hit him on the head, spat in his face, and took a shoe and hit him. Despite all this, he continued to sit in silence. Moreover, when the shoe fell from her hand, he lifted it up and handed it back to her.

The Talmud says, G-d rewarded this Dama with a very rare animal in his herd. From the sale of this animal, Dama made more money than what appeared to be the year earlier a  missed opportunity.

The great Rabbi Tarfon, treated his mother who was a very short woman, with such great respect, that whenever she wanted to go to sleep, he would bend down, allowing her to climb onto his back and into bed. Likewise, whenever she got out of bed, she would step down onto him and then onto the floor.

Rabbi Tarfon once came to the house of study to speak from personal example on the subject of, honoring ones parents. Rabbi Tarfon’s colleagues told him. "You have not yet reached even half of the honor required to show ones parents. Has your mother ever thrown your wallet into the sea in your presence and you did not shame her?"

One Sabbath, while Rabbi Tarfon's mother was walking, her shoe straps tore. Rabbi Tarfon placed his hands on the ground so his mother could walk upon them, step by step, until she reached her bed.

Whenever Rabbi  Yosef heard the footsteps of his mother, he would say, "I shall stand, before the approaching footsteps of the presence of G-d." (Who commanded we respect and show honor to ones parents.)

No matter how ones parents behave, a person never has the right to be disrespectful to his parents.
Posted by Kosher Caffeine at 2:06 PM No comments:

Is it a Dog eat Dog world? 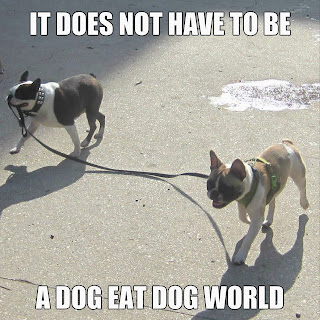 “For the leader, By David, a psalm. I have put my hope in G-d, He turned to me, and heard my cry. He lifted me out of the dark pit, from the slimy mud…Happy is the man who puts his trust in G-d, and did not turn to the arrogant, and followers of deceit…”

This past week I was introduced to a business, “power” book.  I was told it’s quite popular and on amazon it ranks pretty high. To me it seemed more like a book on how to deceive people for one’s own selfish benefit and promotion, no matter what. When a person lives in a dog eat dog world, the fastest, strongest, animal wins. The question is, is this world really, a dog eat dog world?? And, if you succeed to devour others, have you really won?

Rashi one of the foremost commentators on the Bible explains the word “slimy mud” from the psalms above, as the type of mud that sucks one into it. A mixture of earth and water that pulls and draws anything that falls into it.

Earth, represents all that is  physical, dark and heavy. There is a tangible sense of self in earth, it doesn’t move, and says, “Here I am.”

Water is a metaphor for G-ds wisdom. It flows from on high and gratifies all that is low. Everything grows, with water. In true wisdom, one becomes absorbed in the new insight and understanding, and the self is nullified in front of the new awareness. A person is endowed with new perspective and true growth. An expanded and improved character becomes the new reality.

People are made of both spiritual and physical. We all have a spark of G-d within, which is essentially the wise intelligent wisdom of G-d that is nurtured and drawn out into our bodies and lives, by studying G-ds wisdom in the Bible and its commentaries.

We are also made of bodies that are made coarser every time we feed and satisfy the desires of this body. The sense of self becomes all the more manifest and prominent and everything begins to revolve around me. In the end a person who feeds the body as a primary concern, becomes very small, in his own small dark and heavy world.

Pursuing exclusively the desires of materiality in itself is pretty dangerous, mixing into this shortsighted and misguided pursuit, wisdom, just enough to give consistency and body to the loose earth, creates a slime and mud that magnifies individuality, and  is a recipe for making a person’s situation  all the more worse.

People get sucked into this way of thinking and behaving. Mixing the earth with some water, covers and sucks in, all those who pursue this mentality in their own small areas of existence, separate and fragmented from anyone else, to struggle for more and more, in the never ending dark little corners of their own places in the mud.

On the opposite side of this mentality is what King David describes as one who is happy, because he does not turn to the arrogant and people of deceit and has placed his trust in G-d.

He lives in the same world with the same body. Earth and carbon is still very real and tangible, but it is the water, the wisdom of G-d and the spiritual which is his focus. Instead of the water serving the earth, he uses every opportunity to have the earth become permeated by the wisdom of the water, so it isn’t slimy mud.

The world is fragmented and disjointed when one lives in slimy mud. When the focus is soul, something much more fluid, larger and more brilliant than the corporeal, unity, strength, wisdom, happiness and light are just some of the positive results.

Posted by Kosher Caffeine at 5:30 PM No comments: