**The SECRET. How to get one’s own prayers answered, QUICKLY. 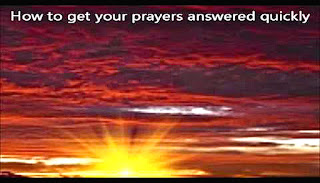 
Abraham traveled south after the cities of Sodom and Gomorrah were punished by G-d.The King of Gerar, Avimelech, summoned Sarah to his Palace. Because Abraham identified Sarah as his sister, Avimelech saw nothing wrong in taking her for himself.

At Sarah’s request, G-d made it impossible for anyone in the Kings palace to violate her. In addition, G-d came to Avimelech in a dream and told him Sarah was a married woman. G-d assured Avimelech, Abraham would know prophetically his wife was not violated and would pray for him and his household that their health is returned to them.

Avimelech made amends by gifting Abraham and Sarah with much cattle and valuables, and Abraham prayed for Avimelech and his household to be cured.

Immediately after this story in the Bible, G-ds book of wisdom and instruction tells us Sarah was remembered by G-d and miraculously conceived.

The commentator Rashi tells us, that from the order of Sarah conceiving, after the prayers of Abraham for Avimelech, we are taught, “whoever pleads for mercy for someone, and can use that exact need themselves, they get answered first.”

Now, we know Abraham and Sarah were already promised by G-d to miraculously in their old age beget children and parent a great nation. All this, even without the story and experience between Sarah and Avimelech.

How did the story and encounter with Avimelech accomplish anything more, than what was already promised and assured by G-d Himself ???

The very simple answer is the following. The promise to Abraham by G-d was already a number of years old, and had still not been fulfilled. It was only after Abraham prayed for Avimelech the Torah makes a point to immediately tell us Sarah conceived.

Therefore it becomes pretty obvious the lesson the Bible (G-d) is teaching us: Even if there is a promise from G-d Himself, it is still helpful and necessary for prayer to bring about the results sooner rather than later.

The act of praying and opening up ones heart to connect with the source of all that is, and that can be, accelerates the fulfillment of those needs.

Prayer for the sake of someone else, is so powerful, that G-ds promise did not materialize until Abraham prayed for Avimelech, and it was only then, that his own need was immediately granted.

Prayer, is a commandment in the Bible. As Maimonides writes, “the obligation of this commandment is that a person prays and requests his wants from G-d, when he feels the need.”

When a person needs something himself, and he is also aware that this same need is lacking and desired by his friend, he could rightfully quote Jewish law that says, “your own life always takes precedence”, and perhaps, the proper thing would be to focus first on one’s own needs.

The above mentioned story is teaching a fundamental aspect in the principle in love for another, that he/she is concerned and praying for someone else even when he/she himself needs the same matter, and finds the time and energy for the other even before and at the expense of their own needs!!

When the other person is so important to him to the point where he is more concerned for the other than even his own self, the overabundance of good energy that is generated as a result of this act, gives him/her first and foremost the benefits of this extraordinary kindness of charity and he/she is answered first.

The mechanics of this is such that it doesn’t even matter, even if the only reason he is praying and concerned for the other is because he knows how valuable this is in the eyes of G-d, and all his energy towards the other is really only so that he gets the benefits of this prayer for himself first.

There is no question, that doing this effort for the altruistic reason of truly being there for another remains the purest form and the most valuable.

Posted by Kosher Caffeine at 11:42 AM No comments:

The MIRACLE of success. Trump & the elections. &..Mud baths... 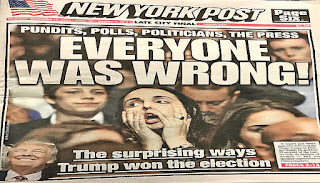 Leonardo da Vinci, was fascinated by the idea that nature, holds solutions to engineering problems that have eluded human ingenuity. Humans, Leonardo wrote, “will never devise any invention more beautiful, nor more simple, nor more to the purpose than Nature does; because in her inventions nothing is wanting and nothing is superfluous.”

At least two of Silicon Valley’s tech billionaires, suspected names are Elon Musk and the Bank of America, are convinced we live in the Matrix. They are secretly funding scientists to help break us out of it. Some of the world’s richest and most powerful people are convinced that we are living in a computer simulation.

The argument is, that by some unknown mechanism, what we see is only a function of what truly and really exists.

The universe is way too accurate to have evolved merely by chance.

It’s a shame Leonardo didn’t use the term G-d, as the credit for all that is so precise and intelligent in this universe.

Same also for all the billionaires. Save your money. The answer to your hunt is, G-d.  Yes yes, I know people are afraid to use that word and name”G-d” because then it obliges them to consider G-ds reality, and what follows are our responsibilities toward Him.

The Holy Baal Shem Tov (1690 – 1760) taught that everything a person sees or hears is intended for that person. It’s a message from G-d to assist the person in fulfilling his mission in this world, all part of THE plan.

The Baal Shem Tov further taught, that Divine Providence extends to even the most inconsequential detail in this universe. Since G-d fills the ENTIRE place and there is no place void of His existence, and since He is the reason for every existence, it logically follows that whatever happens in a person’s life is meant to be, intentional.

I would like to share with you my own personal “take home” message from the recent elections.

This was a very long and protracted campaign. Mud and dirt being slung all around, enough to fill a couple of Olympic size pools. As we were heading into the home stretch there where all these professional “scientific” polls, professionals in political science, pundits and gurus for the most part projecting one particular winner. People were defecting from the one party as an act of protest over its candidate. It was a mess and didn’t look good at all.

Well, the race was still going on in full swing and all of a sudden we had all these wiki leaks coming out revealing all kinds of ethical lapses of judgement, exposing the security of this country, quid pro quo with some of the worst human sacrilegious countries and much more.

All of a sudden, a new bomb was set off to the favor of the candidate who couldn’t even get the support from his own party. Most likely, if not for that gift “from heaven”, through whichever medium it reached the media, the winner was pushed over the edge, probably more out of disgust for the other candidate, and won.

Everyone, I mean everyone was working against the final winner, and in the end he WON!!!
The lesson.

The first paragraph in the code of Jewish law is, “do not be embarrassed, and don’t cower before those who ridicule you.”

When you have a mission to perform, a journey to take, a goal to reach, don’t melt before all the naysayers. Be confident and proud of who you are and where you are heading.

And here is the most important lesson. Never ever give up hope in the infinite possibilities G-d has, to change the course of things. Our sages teach us, “even if a sharp sword is resting on the throat of a person, never ever become despondent.”

Our duty is to keep on trying and trying, putting one foot in front of the other, and if it is meant to be, G-d can & will make it happen, perhaps and many times after we have proven ourselves, at the last second of the race.

Our sages teach us. The reason why the Bible tells us the stories regarding our forefathers Abraham, Isaac & Jacob is so that we know, they paved the way and set the example to overcoming tests, struggles and challenges. Their lives each one of them was filled and saturated with hardships and they succeeded in overcoming them. As our forefathers, they instilled within us the strength for perseverance and success at the final end.

Our focus must be on taking one day at a time with absolute faith and trust in G-ds wisdom and kindness. He, has granted us the strength and all the necessary tools to succeed. Each one of us in our own individual and unique missions.

Posted by Kosher Caffeine at 6:25 PM No comments: