Grinding out the Light 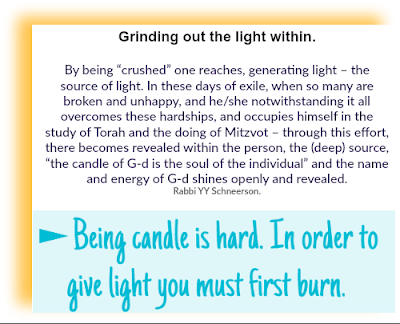 Posted by Kosher Caffeine at 11:10 AM No comments: 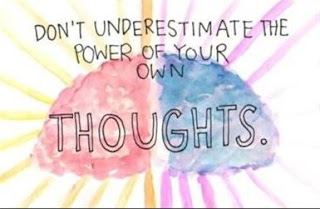 The influence of thought on our surroundings is observed in many ways. This has been established to some limited degree with machines that measure brainwaves recorded either directly or through the scalp.

According to Jewish Law, a person is not allowed to think holy thoughts of prayer or of the Bible in an unclean place. A person's thinking interacts with his outside surroundings and, it is disrespectful to the holy thoughts and a conflict with the uncleanliness of the place he is in.

A person is not allowed to think badly of an otherwise genuine person. The mere reservation of trustworthiness is considered wrong and harmful to that individual. Even worse, for both parties, is to hate in your heart and bear a grudge.

The Talmud tells us that when the Bible character, King Balak, brought sacrifices to curse the Jews, his bad intentions brought a harsh punishment years later, and his good deeds, the sacrifices to G-d, generated the reward that King David and King Solomon where his progeny!

While on the subject of sacrifices...if a person brought a sacrifice and, in his mind, he was thinking an intentional wrong thought, to eat the sacrifice outside the allotted time or place where the sacrifice must be eaten, this would invalidate the offering.

The Rambam/Maimonides says, a person should always see himself as half-meritorious and half-contemptible, and with even one thought, he can tip the world to the positive or to the negative.

A person's thought can influence and tip the entire Universe for the good.

The Talmud further says that in one moment a person can make an about face from where he is, he can think and regret his past misdeeds. In that one moment, his status changes from being considered an evil person, and he can become righteous!! Saying he is sorry mechanically accomplishes nothing. It is specifically his thoughts of regret, and his sincere resolution to look in another direction from now on, that transform the person status, entirely.

One of my teachers sent to hard labor for eight years remembered how his spiritual teacher once said that all those who were in the Russian gulag for teaching Judaism should intensely connect in their thoughts, and he would reciprocate.

So, at the first possibility, he closed his eyes and envisioned himself in a private audience with the Rebbe giving him a letter regarding his situation. The Rebbe actually responded with a letter!

When his wife received this letter she first thought he successfully escaped and soon would be reunited only to discover that he was still in the hard labor camps. It was only years later seeing the date on the letter did the whole story fall into place. Think positive, think faith and transform your world. Transform the entire universe.
Posted by Kosher Caffeine at 11:09 AM No comments:

GET THE BOOK TODAY 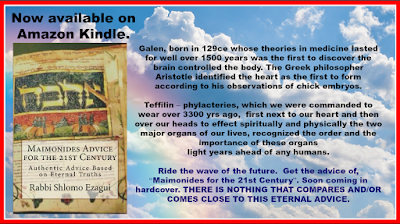 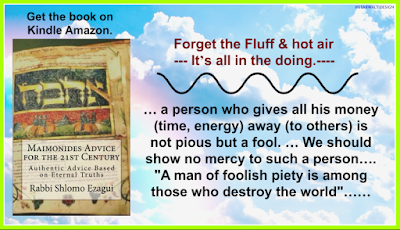 Posted by Kosher Caffeine at 8:50 AM No comments: