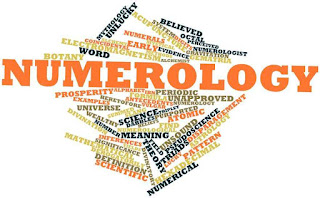 A friend told me not to submit this article because it is beyond the “average” mind. Are my readers DUMB? LAZY? Is he right? Or, is my faith in my readers correct?? I need to win this bet. Please let me know in the comments.

We repeat in the Bible and in our prayers – G-d is Truth. The true Judge, our Judge is true, and you sit on your throne in truth, the signature (AND SEAL) of G-d (at the end of the High Holiday season of judgement) is truth. All his ways are kindness and truth, kindness and truth will bring forth your countenance, and many many more inferences of this sort, especially in our liturgy from the high holidays.

We read in the bible – “righteousness - righteousness you should (incessantly) pursue”. The commentaries explain; while it is true that this is a deceiving, lying world by its very nature, our job is to never stop looking for and pursuing the truth. Whoever runs after it here in this world, because he made this his objective, he is guaranteed he will get there, in the world to come, as the bible promises, “and you will inherit ….”

The language of the primordial snake to Eve on the first day of her creation was deceit and lies. As a result, Adam and Eve were judged and all the hardships and difficulties we must now endure are the consequences of that lie. The Angel of Death is called Samael, because his entire subversion, is one of blinding, hiding the truth from the person (In Hebrew-Lesameh) at the time of his enticements, that it is worth giving away the future, or better yet, not even thinking of the consequences, for immediate gratification.

That is why when G-d created the world, the words of creation itself, as recorded in the Bible, the first three words and the last three words used to describe this creation, the end letters spell, Emet-Truth. G-ds own imprint and signature, at the beginning and at the end, on the top and on the bottom of everything.

One of the verses we proclaim before the sounds of the shofar, as we prepare to appoint G-d as our King, is, “the beginning (the start) of your words are truth, and (as a result) forever, are all the decisions of your justice.”

When you have the energy of 9, G-dly truth, it will always lead to nine. You will always be established and unwavering with the clarity of truth, 9.

Only because G-d is truth-Emet the story of creation and the Bible needed to start with a Bet, the second letter.

Every day is truth, and has in it the infinite G-d of truth. Simplicity, strength and clarity are at the core underlying all the dirt that has fallen on top. It is this truth, we must dig for and pursue, and we are guaranteed to reach.

If the world was created starting with Aleph the first letter, we would get every day six.

Now let us take the word Sheker-falsehood in Hebrew, the opposite of Emet=Truth.

G-d is truth, His Torah is truth and the life we live is one of truth and everlasting, like the truth itself.
Posted by Kosher Caffeine at 5:17 PM No comments:

The Angels WE create and Karma -- our own doing. 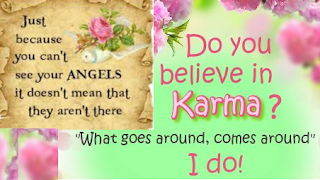 “The Prophet Jeremiah says, “From G-d, doesn’t come the bad or the good.” So where does it come from?

The Bible tells us, “..I am giving you today, blessings and curses. The blessing, when you will listen….and the curse, if you do not listen….” Like eating right, brings health, and eating badly, brings the opposite.

Every time a person does a good or bad thing as defined by G-d in the Bible, the person creates either a good or bad Angel. These Angels, are waiting to be ordered by G-d to carry out the only mission they know of, whether it’s a blessing or the opposite.

Anything and everything a person experiences in life, is the result of an act that was done. Sometimes we are lucky and we can be the recipient of a good deed done by an ancestor, and sometimes, the bad behavior of an earlier predecessor finally finds its way in our life.

Maimonides writes, “It is cruel to ever think that what happens is purely random and merely the ways of the world. Everything has justice and kindness as its underlying cause.”

The Talmud tells a story of Reb Huna who had 400 barrels of wine turn to vinegar. A catastrophic financial loss. The sages came to visit him and said, “You should look into your affairs.” He said to them, “Am I suspicious in your eyes?”

Reb Huna told the sages. Of course I know a loss of any proportion and how much more so of this magnitude comes from G-d, and I already looked into my tithing and I did not find that I was amiss at giving the correct amount to Charity.

They said to him. “Is G-d suspected of having done what he did without justice?”

If you are suffering from this tremendous loss related to grapes, perhaps within the grapes something is rotten. We heard, said the sages, that at the end of the day you do not give your workers the bunches of grapes they are entitled to eat.

Reb Huna said. Not only do they steal during their work you expect me to give them more at the end of the day? The sages said. If you have any complaints against your workers take them to a court hearing, that doesn’t excuse your lack of justice by denying them their share of grapes.

Reb Huna immediately accepted their rebuke and the Talmud informs us, at that moment, the vinegar turned to wine. Two opinions. Either it was an open miracle or the price of vinegar jumped up, so financially Reb Huna didn’t lose anything.

The Talmud is teaching us a very important principle. The Angels that were created from his earlier bad choice who turned the wine to vinegar, were now disabled by the more recent good resolve and choice, which created Angels to influence circumstances, so only good, would come from that wine.

During the times of the destruction of the Temple there was terrible starvation. The great Rabbi Yochonon Ben Zakai was traveling and saw a woman picking grains out of dried manure. Rabbi Yochonan asked, who are you the daughter of? She said, Nakdimon Ben Gurion. He asked her, “Where is your father’s money?” Between the lines Rabbi Yochonan was asking. For what reason do you believe, one of the three wealthiest of the time, your father, lost all his money?

She could have easily answered. Do you know who my father is? He was one of three, together with Moses and Joshua who G-d made the sun shine on his behalf. For my father, G-d personally showed him, He loved him. She could have answered, do you even know how far he went out of his way to help people with his wealth.

She answered. “My father did not give charity as “he” could have given! Don’t you know what they say in Jerusalem; the more a person gives charity the better his money is preserved?”

She answered intentionally this way, and, this is the lesson the Talmud is teaching, nothing could or would happen without input from the individual the occurrence is happening with, something she herself acknowledged.

The Talmud shares many actual stories with positive experiences, and the good deeds, and the Angels who precipitated the blessings.

According to the Bible, if a person wants an increase in goodness, the most important and powerful way to bring that about, is by creating better stronger Angels, through the increasing of good deeds – Mitzvois - G-dly acts that create this energy.
Posted by Kosher Caffeine at 5:21 PM No comments: 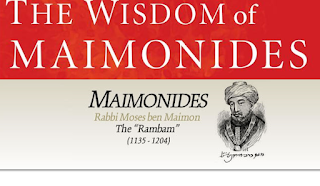 
“It was taught in the academy of Elijah the Prophet; Anyone who studies halachot (at least two laws) every day is assured of a share in the World to Come.”( Megillah 28b) Rabbi Shneur Zalman, founder of the Chabad movement and author of the Holy Tanya, defines halachot as, "clearly adjudicated laws of practical application."

The following, are from the book of laws, compiled by the Rambam, Maimonides. Besides the great practical guidance and its worldly benefits, it additionally is comforting to know, we are securing our seat in heaven by reading this article and infusing a G-dly wisdom into our minds and lives.

……. a person should distance himself from levity, intoxication, and flirtation, for they are great precipitators and steps leading to forbidden relations.

A man should not live without a wife, for this practice (living with a wife) leads to great purity. Our Sages gave even greater advice, saying: "A person should always turn himself and his thoughts to the words of the Torah and expand his knowledge in wisdom, for the thoughts of forbidden relations grow strong solely in a heart which is empty of wisdom."


Following directions from the INTERNET while being ignorant of the complete book of instructions, is a bad recipe…..

According to Jewish law we may only eat certain animals, and only if slaughtered according to exact specifications. If someone claims he can do it right, even though he hasn’t studied the rules……..

…..Even if such a person slaughtered animals properly in our presence four or five times and this slaughter which he performed in private appears to be a proper and a complete slaughter, it is forbidden to partake of it. Since he does not know the factors that can disqualify ritual slaughter, it is possible that he will cause the slaughter to be disqualified unknowingly. For example, he may wait ….or slaughter with a blemished knife, or the like inadvertently……and not even know what he did is unacceptable.


The commandment is ….as many little ones as possible …………

…………….Although a man has fulfilled the mitzvah (Biblical commandment) of being fruitful and multiplying, ( by having a boy and a girl) he is bound by a Rabbinic commandment not to refrain from being fruitful and multiplying as long as he is physically potent. For anyone who adds a soul to the Jewish people is considered as if he built an entire world………

And….the purpose of life is best fulfilled in this manner.


Don’t even keep the dishonesty in your possession….It’s bad energy……AND...


Don’t even raise that hand against another……………

…….It is forbidden for a person to injure anyone, neither his own self nor another person. Not only a person who causes an injury, but anyone who strikes in strife…… whether a minor or an adult, whether a man or a woman, violates a negative commandment, as Deuteronomy 25:3 states: "Do not continue... to flog him." One may conclude that if the Torah adjures us against adding to the blows due a sinner, (as his punishment) surely this prohibition applies with regard to striking a righteous person.